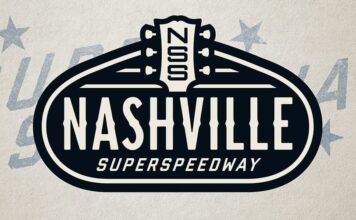 CeCe Winans, a lauded gospel singer with a star on Hollywood’s Walk of Fame and more than 5 million records sold, will deliver the invocation on Sunday, June 20, representing Nashville Life Church, prior to the inaugural, sold out “Ally 400” NASCAR Cup Series race (2:30 p.m. CT, NBCSN.)

Luke Combs, who The New York Times calls, “the most promising and influential new country start of the last five years,” will serve as the grand marshal for the “Ally 400,” the first NASCAR Cup Series race in Nashville Superspeedway’s history and the first in Middle Tennessee in 37 years. The Asheville, N.C., native is a multi-platinum, ACM, CMA, CMT and Billboard Music Award-winning artist who continues to top the charts with 11 consecutive No. 1 singles, including his most recent, the Platinum-certified “Forever After All.” The reigning 2019 and 2020 CMA Male Vocalist of the Year will return to the stage this fall for his massive headline arena tour, featuring a special new in-the-round stage design, and will perform his first headline stadium show at Boone, N.C.’s Kidd Brewer Stadium on Sept. 4.

Priscilla Block, a 25-year-old social media sensation, will sing the national anthem before the “Ally 400.” Block’s debut single, “Just About Over You,” has reached the top 40 in country airplay charts after it was crowd-funded by thousands of her fans on TikTok. After the song’s success, Block was signed by Universal Music Group Nashville’s Mercury Division in September 2020.

Country music legend John Anderson, who has produced almost two dozen studio albums and more than 40 charted singles, including top hits “Straight Tequila Night,” “Swingin,” and “Money in the Bank,” will join Janson on stage during his pre-race show on Sunday.

Brandon Lay, a Jackson, Tenn., native and EMI Records Nashville singer/songwriter, will perform the national anthem prior to the “Tennessee Lottery 250” NASCAR Xfinity Series race on Saturday, June 19 (2:30 p.m. CT, NBCSN). Lay’s top singles include “Speakers, Bleachers and Preachers,” “Yada, Yada, Yada,” and “For My Money.” He has toured with acts such as Kenny Chesney, Dierks Bentley, Cole Swindell and Old Dominion.

Brenna Bone won the recent “NASHCAR Superstar” Sweepstakes fan vote and will sing the national anthem prior to the “Rackley Roofing 200” NASCAR Camping World Truck Series race on Friday, June 18 (7p.m. CT, FS1). This singer/songwriter, made her way to Nashville from her hometown of Erie, Pennsylvania, and has just released her newest single “Want It Like That” across all streaming platforms.

Other highlights of Nashville Superspeedway’s weekend dignitaries and entertainment include:

• Bernard Pollard, a nine-year NFL veteran, and former member of the Tennessee Titans from 2013-14, will wave the green flag as the Honorary Starter for the “Ally 400” on Father’s Day.

• Shea Ralph, a seven-time national champion as a player and coach and current Vanderbilt University head women’s basketball coach, will serve as the Honorary Starter for the “Tennessee Lottery 250” on Saturday, June 19.

• RV campers, Thursday through Saturday, will be provided evening entertainment courtesy of “Rhythm & Racing presented by Ford.” Local singer/songwriters will tour the Geico Campgrounds in a Ford F-250 stopping to perform a 20-to-30-minute set of music. On Sunday, Rhythm & Racing will be parked near the FanZone for all to enjoy. Scheduled performers include Chris Ruediger, Cooper Alan, Ashley Cooke, Alexander Kay, and Thomas Mac from The 615 House, Chancie Neal, and Joe Denim.

• The popular Bear Hollow Wood Carvers will be in the FanZone all weekend with carvers turning ordinary piece of wood into amazing treasures. Auctions of their prized pieces will take place Saturday and Sunday at noon at their FanZone display.

• FanZone demonstrations by the Monster Energy/Keith Sayers Freestyle Motorcross and the Unknown Industries Harley Stunt Show who will be putting on an awesome show and display of motorcycle skills, burnouts, and other exciting stunts.